International Border Will Be Open By Christmas, Says Tourism Minister

International Border Will Be Open By Christmas, Says Tourism Minister

Finally!!! Some good news for wanderlusts arriving from the Federal Government. Considering the words of Dan Tehan, Tourism and Trade Minister, Australia is all set to open in the time of Christmas. The country has closed its borders for non-residents in March 2020 and applied a mandatory quarantine system that restricted the number of people returning each week. 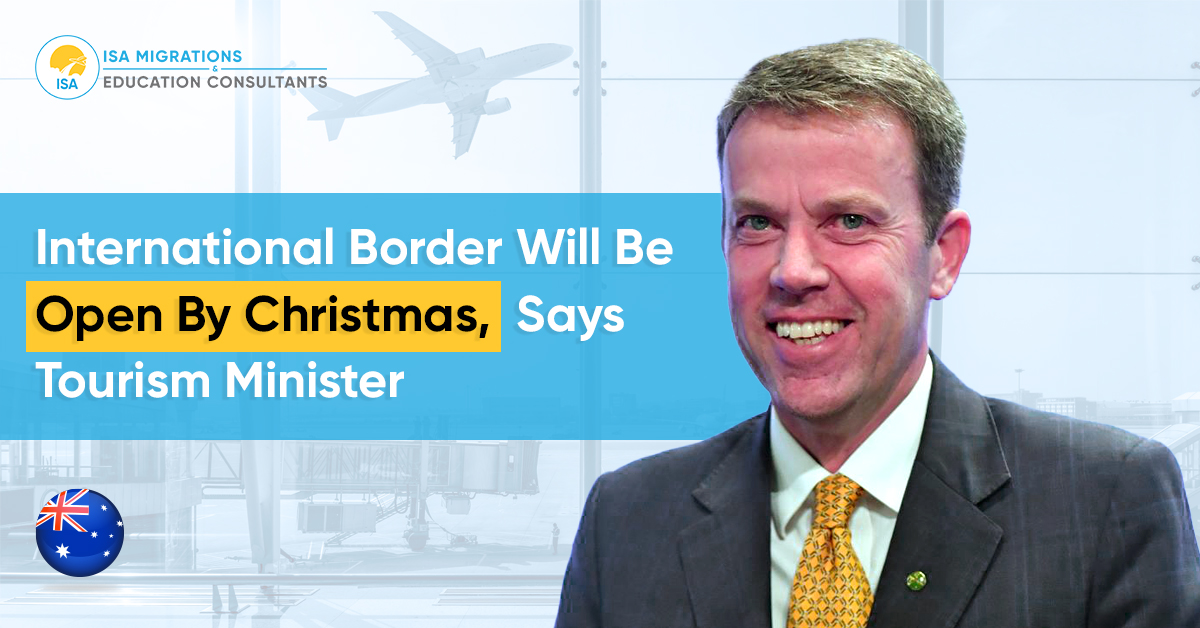 Read the important highlights of his interview given to the National Press Club on Wednesday, September 22, while preparing to jet off for a range of overseas meetings with foreign counterparts.

ABC, an Australian public broadcaster, reported that 38,000 Australians are listed in the Department of Foreign Affairs and Trade waitlist to repatriate.

The Government is performing its best efforts in preparatory steps of opening the country by Christmas. One of them is qualifying the 80% national vaccination rate. As of September 22, 38% population of the country has given both doses of vaccination. The tourism board created a domestic ad on August 16, “It’s Our Best Shot for Travel”, urging people to get jabbed and boost up the national vaccine rollout.

Phillipa Harrison, Managing director, Tourism Australia, said during the commencement of the campaign that people need to come back strongly so that we can visit our family and friends like before. Travel domestically and internationally and welcome the world to the land of Australia.

International Travellers need to be given verification of complete vaccination before making their entry to Australia. The Government is also planning to test out ‘vaccine passports’ with Singapore, the USA, and Japan.

The Tourism and trade minister has also been constant in touch with the aviation industry as the country’s national carrier, Qantas, announced to resume international flights in early October.

The states of New South Wales are piloting programs that are allowing vaccinated travellers to quarantine at home.

Want to stay in touch with every Migration and Immigration Update? If Yes, Contact registered Migration Agent Perth at ISA Migrations and Education Consultant for regular Info.