Understand the Difference Between Australian Permanent Residency and Australian Citizenship

Understand the Difference Between Australian Permanent Residency and Australian Citizenship 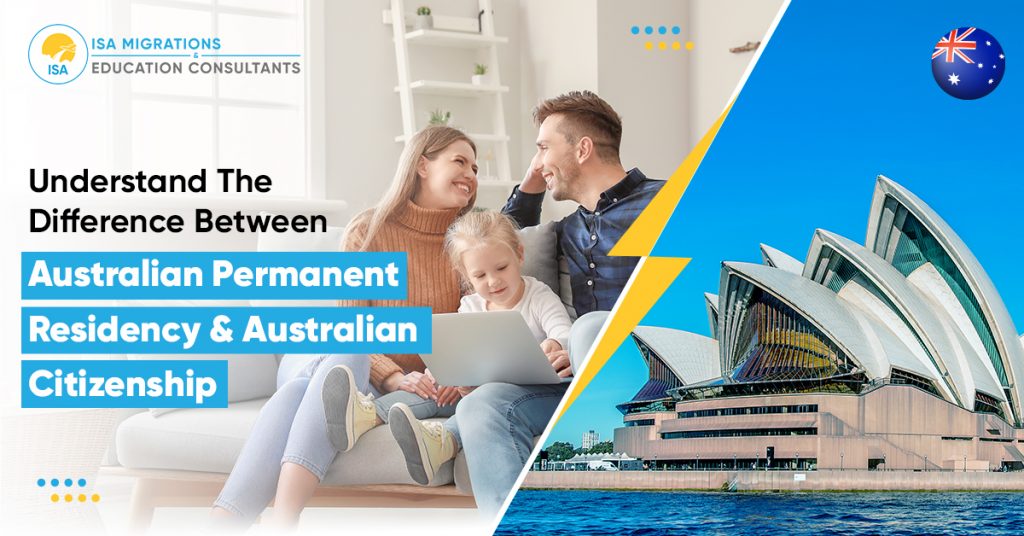 A permanent resident of Australia can live, work and study without any problems or obstructions in the country. As per the Australian citizenship act of 2007, some laws are set out as to who can or cannot become an Australian citizen.

Some of the ways to become an Australian citizen are:

Difference between Australian Residents and Citizen

Who is a Permanent Resident?

Differences In Rights and Entitlements

Similarly, for a permanent resident of Australia, eligibility for the government and benefits depend on rules set by certain government agencies. They are the ones responsible for the service and the benefit.

What is a Residence Permit? Who is a Permanent Resident?

An individual who turned into a permanent resident on or before July 2007 must be active in Australia for about four years before applying for citizenship. The citizenship eligibility includes the following:

To apply for Australian Citizenship, people over the age of 18 need to:

After you satisfy the general eligibility criteria, you need to pass a certain test to be able to apply for Australian citizenship. People who are covered by other situations like being under 18 or above 60 years of age do not need to sit for the test.

This is an important test to ensure that you can entirely participate in the Australian community as a citizen and improve the opportunities available in Australia.

This test helps to promote social cohesion and helps you mix with the Australian community perfectly. If you want to sit for the test, you need to:

When you become an Australian citizen, you will have the rights to the following:

How Does Migration Agent Perth Help?

To become a citizen of Australia, first, you need to become a permanent resident in the country, and for that, you need certain visas, a migration agent Perth can help you know about those visas. You can contact ISA Migrations, one of the top firms that can provide you with the best visa agents.

You can find many immigration agents in Perth under the firm to know more regarding the immigration process in Perth. These experts can let you know how you can become a permanent resident or citizen of Australia.