The Australian Regional 491 Visa was launched in Australia in 2019. But, the citizens of New South Wales, Australia’s most populous state will have to wait for the commencement of its applications for some time. Perhaps every person can apply for this particular visa program, right from archeologists, nurses, pilots, carpenters or even goat farmers. 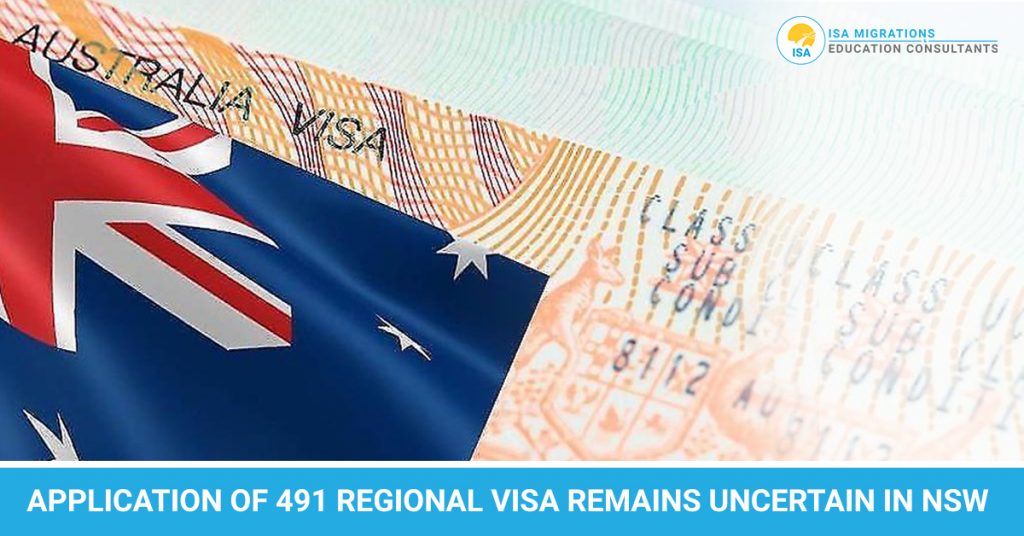 The chief reason for the introduction of the 491 visa program in Australia was to lessen the population pressure from some of the most prominent states of Australia like Sydney, Melbourne, Brisbane to name just a few. This in return is supposed to bring an increase in the number of skilled workers in some of the other states of Australia and NSW is obviously one of them.

The formulation of the visa has been over 2 months but it’s only New South Wales that hasn’t begun the application process yet. Besides, the NSW government has proclaimed that it will start the application process of the new skilled regional 491 visa very soon and are unable to provide any further updates regarding it. Priority processing visas and five-year validity are two visa types comprising the 491 visa.

One of the registered migration agents of NSW told that people living in parts of Victoria cannot apply for the 491 skilled visa. Applicants living, working and studying in NSW can apply accompanied by overseas candidates as well. Migration Agent from NSW also told that the NSW government is contemplating to shift the application process program of the 491 programs directly to its fiscal fund unlike allowing the visa certifying bodies to do the same which was applicable to the 489 visa in NSW.

When asked – what this visa is all about? MARA Agent told that 491 visa has been for all those who want to stay, work and study in Regional Australia. Besides, he also told me that through this visa, the applicant can stay in Regional Australia continuously for five years. What’s more through this visa, the visa holder can apply for a permanent residency after living in NSW for three years.

To become eligible for the 491 subclass visa, the applicant must be nominated by an Australian, State or Territory which has to be sponsored by any of his/her family members who is staying in any of the legally nominated states of Regional Australia. The applicant also needs to be invited by the concerned state/territory of Regional Australia to apply for this visa in the proper and expected way. Migration Agent Australia further stated that there must be a change in the visa application process which is contributing to the delay of its application process. He also told that the submission of the Expression of Interest or EOI so as to meet the visa application process properly. MARA Agent thinks that the NSW government must be executing each of the processes of the visa 491 application program in a step by step manner, that’s why this delay.