The migration department of Australia is deliberating to issue at least 1000 skilled visa invitees every month for the whole of 2020, targeting 16,652 places in total. Amongst this huge number, 4000 places are allotted for all the NZ citizens as told by Brisbane-based migration agents until recently. She also told that about 30 percent of invites is comprised of secondary applicants and 5000 invites have already been sent by now according to the latest reports. She also said that they are expecting at least 1000 invites every month for the next 4 months as a part of their skilled visa invitation program this year. 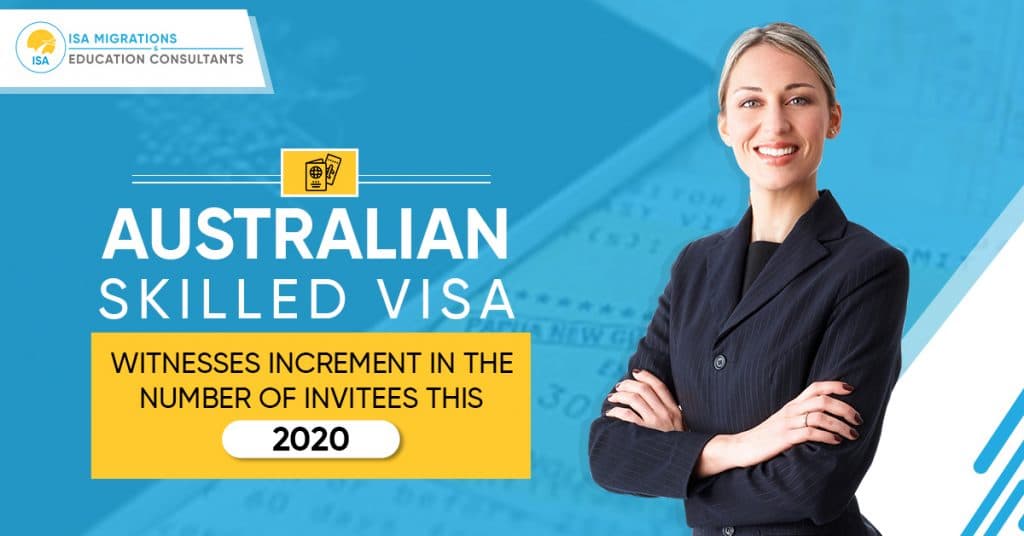 As of now, 1000 invites were invited for the 189 visa stream and 300 invites for the 491 sponsored visa stream respectively. Besides, 646 applicants have received invitations at a total score of 90 points applicable to the skilled independent 189 visa. Also, 70 invitations were sent to 285 applicants in total who had obtained a score of 95 points and 100 points respectively. The person stated that if this situation remains unchanged like this there is a high probability of the cut-off score to go down to an optimal limit i.e. by five points, particularly applicable to the various non-pro rata occupations out there. People categorized under the pro-rata occupations are IT professionals, accountants as well as engineers.

Amongst these professionals, most of the IT professionals secured a cut-off score of 90 points. The migration agent also showed a bit of apprehension and said that if this particular trend remains ongoing like this, there is a high probability that the points may decrease by 5 points, pertaining specifically to the non-pro rata occupations. A Melbourne-based immigration expert also said that the increase in the number of invitations after a short gap of two months has definitely increased the hopes for many aspirants out there.

The person also said that it has been a major relief for all those who had faced a sudden downfall in visa invitations since July 2019. However, the present round of visa invitation has particularly witnessed ample 491 family-sponsored invites as told by her. She also said that the current trend of the visa application seems to give off a positive approach, particularly to those who are looking for an urgent invitation just before their existing visas expire in March 2020.