Several changes have been made to the ranking system used to issue invitations to apply for State nomination. It is aimed at giving more preference to applicants currently staying in Western Australia. The updates recently made are as follows. 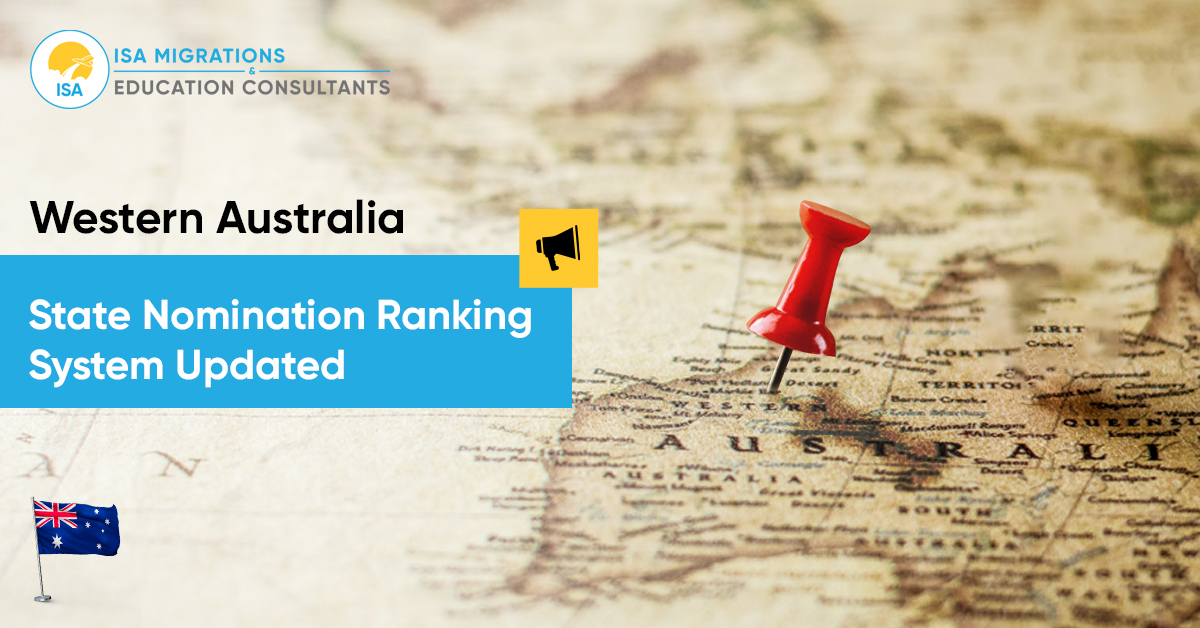 Ranking of the applicants eligible for the General Stream

The ranks of the applicants qualified for General Stream will be done according to the following parameters.

Ranking of the applicants eligible for the Graduate Stream

In Australia, students who have passed out of their high schools can choose one of the two education sectors for further study. These sectors are Vocational Education and Training (VET) and Higher Education. The ranking system will be different for graduates in two different sectors. The detailed ranking method is given below.

Anyone looking for more information on these updates should seek assistance from Registered Migration Agent Perth at ISA Migrations. They will guide through the updates and extend the necessary assistance.