Keeping the threat of Coronavirus in mind, the Australian government has formulated a special travel ban legislation to prevent all the non-citizens to enter the nation. However, all the native Australian citizens can enter the nation along with their family members, provided if they agree to remain in self-quarantine for the next 14 days. Apart from this, children of all the non-citizens may come across a couple of learning difficulties as well. 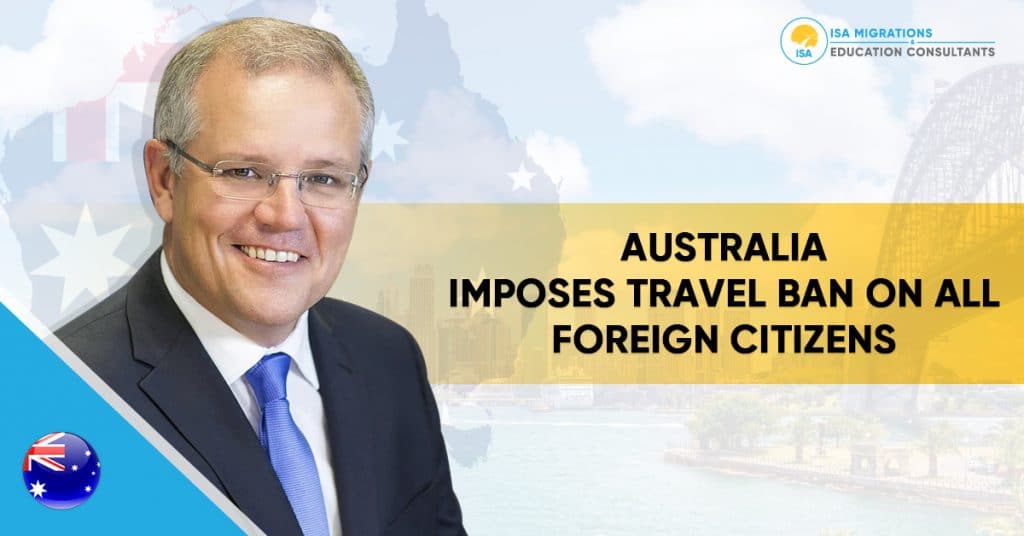 Prime Minister, Scott Morrison told a few days back that about 80% of the cases of the infected people of Coronavirus have resulted either from overseas applicants or from native residents who have returned from Australia recently. Mr, Morison also said that that they are trying their level best to build a bridge to protect their citizens from the killer Coronavirus, including most of the non-resident Australians from different parts of the globe. He also told that Australia doesn’t want it is the economy and health sector to get affected at all, and, hopefully, by this precautionary measure, the situation will get back to its normal state within the next few days.

The Reserve Bank is also trying to the best of its ability to bring back the Australian economy to its normal state. For this, they have created a fund of approximately $90 billion to supply more money for loan seekers as well as a sum of $15 billion for relatively smaller loan providers. Central Bank boss Philip Lowe opines that a life-threatening virus-like Corona will hopefully eradicate very soon and the Australian economy will start functioning normally like before.

The chief objective of the Reserve Bank is to boost up jobs, businesses, and incomes as much as possible in Australia. This will help Australia to strengthen its economy within a very short span of time as soon as the outbreak of the Coronavirus comes to an end. What’s more, the Australian government has also proclaimed that more than 100 people cannot gather in terms of indoor gatherings and not more than 500 people in terms of outdoor gatherings. For, 6 people have already died in Australia out of 636 cases affected by this killer virus. It has also been said that a certain distance of at least 1.5 meters has to be maintained while exercising as well as sitting in a taxi. Tasmania has imposed the stringent rule for its citizens, asking every person out there to go into a self-quarantine for the next two weeks.

Paul Kelly, the deputy medical officer of Australia also said that a certain distance of at least four square meters has been allotted for each person, but, may vary depending on the size of the room. These rules and regulations shall be mentioned in places like eateries, restaurants as well as cinema halls after the national meeting gets over on Friday. Although Mr. Kelly has pleaded not to get panicked at all, he also said that this restriction would curb the number of infected people in Australia. He also told that schools are open but, not aged care centers as elderly people are more prone to this killer virus. The food supply is fine in Australia, unlike the medical industry which has put restrictions on asthma inhalers and paracetamol including Ventolin. Mr. Kelly also said Australia needs to be careful for the next six months. Opponent Leader Anthony Albanese has asked the government to reveal the rest of the restrictions to be imposed on its citizens. Besides, Pharmacists in Australia also need to supply some prescription based medicines for a limited period of time within one month at a time. Mr. Paul also said that there is no restriction on people buying groceries and other goods as well.